If you were up early on Monday, 13 February and watching BBC Breakfast then you might have seen Mr Lambe talking about the recent statistics on cosmetic surgery released by BAAPS.*There is a school of thought that suggests patients are holding off having full surgical procedures in the present economic climate as it is unstable with both the change in value of the pound following Brexit and the inauguration of the new President of the US, Donald Trump which have contributed to a drop in the 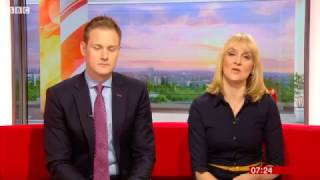